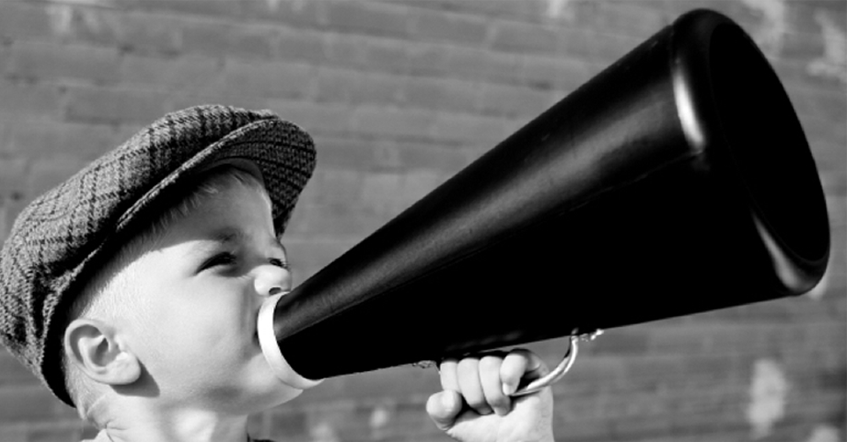 How can you set up an owned, earned & paid media model for B2B content marketing? It’s an essential question, as high-quality content that is mapped to the buyer journey of potential customer is worthless if it is invisible to the DMU. In order to bring across content effectively to the target audience, you need to think long and hard about the owned, earned and paid media model you will use. Reaching the right target audience with a fitting media model is far more important than the total exposure achieved. Particularly those who are in the discovery and consideration phases need to be reached, so they can be turned into leads.

Owned, earned & paid media can be combined resulting in the media model below.

Let’s discuss the differences in more detail, and then look at combining them for your content distribution.

Your owned media channels can include, for example, your website or your own newsletter. But also your own social media accounts fall into the category of owned media. As ‘owner’ of a social media account, only you decide what content is shared and the possibilities for responding to the messages. Your own media channels therefore, carry a strong correlation with the content itself. The big advantage of these channels is of course, you have complete control over the content and functionality.

Owned media is largely aimed at familiar target groups and contacts, such as existing customers, associates, subscribers and prospects – parties that are (somewhat) familiar with the organization.

Earned media include the channels used by others to share content and messages about your organization. Your credibility can be increased due to the fact that others are posting the message. When powerful media spread the message, the exposure of earned media can be huge. A message, or content, that goes viral, can also attract a lot of attention. When a message is forwarded by a number of people with their own reach via social media, the exposure increases exponentially. Imagine a message sent to an account with 1000 followers, is shared by 3 followers of that account, each with 1.000 followers of their own, the reach is then 4.000 followers instead of your own 1.000. Worth the effort!

The big disadvantage of earned media is, however, that the organization has relatively little, to no, control. Whether the message goes viral in the form of a cartoon, video or animation, is determined externally. Although the humor or newsworthiness is significant, the chance of a viral effect remains limited.

Earned media generates exposure that doesn’t involve ‘out-of-pocket’ costs. There is no payment involved. That doesn’t mean that earned media is always free: in order to gain actual attention and response, you need to make an effort. Earned media can, for example, be accelerated by the production of content that is worth sharing. And high-quality content is often – but not always – more expensive produce. Via earned media you speak to (when the response is positive) an audience that is enthusiastic about the content from the organization. The ultimate scenario is that fans reinforce, recommend and share your message.

Harry McCann said one hundred years ago: ‘Advertising is the truth well told.’ All external channels that are bought in to distribute your own message in a positive light among target audiences falls into the category of paid media. Paid media can vary from banners to ads for search engines, and advertorials and product placements. For paid media, the organization buys exposure for their messaging.

Paid media forms a straightforward method to get messages across to people with whom there is no relation yet. An important objective in reaching new people is to convert them into familiar people, for example in the form of a newsletter subscriber, participant in an event or better yet: a new fan!

The ways in which organizations can communicate, changes from ‘sales stimulation’ to ‘supporting’ the target group. Companies are therefore acting more as publishers, whereby the role of media companies is also changing. Publishers are confronted with reducing earnings from traditional advertisements and offer more services that are tuned into content marketing. Companies want to be more closely associated with established media companies and offer content related assistance and contributions. This can be done through more robust advertorials, sponsored content or sponsoring of TV – and radio shows. This means that media companies are confronted by the changing boundaries between editorial freedom and editorial demands and wishes from the sponsors.

When drafting a communication strategy, a combination of media options will be established. The dividing lines between earned, paid and owned media are not 100% definitive. An overlap exists in a number of areas, such as:

A recurring theme when considering the use of media channels is the tension field between reach and control. Reach means: the number of people reached via the channel. Of course, it primarily concerns itself with people who are potential DMU members for the products and solutions that are eventually to be sold. The control involved the measure of influence that the organization can have in the presentation of the message or content.

Looking at the different media options, the advantage of owned media is optimal control. The message, the design, the tone-of-voice and the format are completely in the hands of the organization. The flipside to this is, however, that the reach is limited mainly to existing relations. In order to generate new business it’s vital therefore to involve paid and earned media.

Traditionally, paid media was always seen as the most obvious media channel. The rise of social media and content marketing, however, have given owned media and earned media a bigger share in the mix. Owned media is growing because of the increasing value placed by organizations on the production of valuable and relevant content. Earned media is gaining attention due to its potentially huge reach using the relatively low threshold involved in social media, blogs and communities. In practice however, it’s still very difficult to run effective, largescale campaigns without involving paid media in some sort of capacity.

Aside from owned, earned and paid, media can also be looked at from a ‘push & pull’ approach. In terms of push communication the sender determines the content and the timing of the message. If you receive a weekly e-newsletter, then you know beforehand what the editorial team will have in stall for you and when it’s going to land in your inbox. In pull communication, the initiative is with the receiver of the communications. For example, you can search for a certain theme on Google and arrive at the relevant publication that way.

In B2B content marketing, pull- and push mechanisms have their pros and cons. A big advantage of the pull-mechanism is that visitors are searching for a specific topic. When they actually find it, the conversion from site visit to lead is high, as the correlation between the visitor’s interest and content offered is significant. The big drawback of the pull-mechanism is that the number of people that actually search at random moments for a certain theme is relatively low. Push media has the advantage that within a short space of time, a large reach can be achieved, which can achieve a response quickly. The disadvantage of push media is, however, that the communication is initiated by the sender, the receiver will not always be open to this communication.

When planning your media model, it’s sensible to take into account the differences in response expectation. This is particularly relevant for the follow-up. When, for example, you provide whitepaper downloads in a newsletter, but in the week that the newsletter gets sent out there is insufficient room for follow-up, then you’re missing the boat. Leads fall behind quickly and quickly become irrelevant.

However, when you offer one, or more, whitepapers on multiple portals that are designed for search engine marketing, people will continuously, at any time, request this. The follow-up process should therefore be the continuous filtering of MQLs and SQLs.

When setting up the paid, owned, and earned media, you can combine push and pull mechanisms. Many modern marketing initiatives start off by posting content via their own media, for instance in a blog or knowledge section.