The History of B2B Content Marketing, way back in 1672 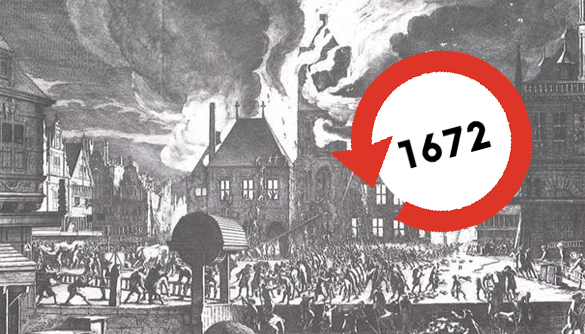 It’s often argued that content marketing has come to fruition in the past decade due to the rise of different technologies. The combination of the internet, mobile technology, cloud computing and social media has made it far easier for companies to communicate with their audience like publishers. But the success of content marketing is not due to the rise of internet technology. Its history goes way back, lets look at one example from 1672. In the Dutch Golden Age, just about 70 years after our discovery of New York, the power of B2B content marketing was demonstrated by a Dutch inventor.

In 1672, Jan van der Heijden and his brother, Nicolaes, improved the fire hose. Until then, rows of people with buckets of water were required for putting out fires. A hose was available, but pumping water wasn’t yet possible. When you tried to pump water, the force of the suction would cause the flexible hose to collapse on itself. The clever Jan and his brother came up with a suction pump with a suction hose reinforced with iron rings. Via a second linen hose, the water is subsequently transported to the hose and driven out of the nozzle via a pressure pump. Now the water would flow continuous and the nozzle could be better aimed at the flames to deal with the fire hazard. Like tech start-ups in Silicon Valley today, the brothers acquired a patent for their design in 1677.

But Jan van der Heijden wasn’t only a mechanical engineer; he was also a painter and clever business man. To introduce his invention to the masses, he used various modern marketing techniques, which brought him huge success. He combined the following formats in his content marketing program:

The commercial success of Jan van der Heijden was unprecedented. Not only did the city of Amsterdam place a mega order, other municipalities got in on the act. Then the first stock listed and largest multinational in the world, the VOC (the Dutch East India Company), installed the fire hose on all its ships. In 1697, Jan van der Heijden even got a visit from Peter the Great. The Russian tsar wanted to lure him to Russia to organize the fire departments there.

Those who think the fire hose was a one-off for Jan van der Heijden’s content marketing strategy are mistaken. After his fire hose invention he developed the first street lighting and presented a lighting plan to the City of Amsterdam that would provide well over 2,500 oil-based lights. He was also the inventor, and the supplier, of these lanterns. This plan was also implemented. The crowning glory to his work was that he was named Director and Superintendent of City Lighting, for which he received an annual fee of 2,000 guilders (which would now be over $25,000).

Note: this blog made it to the PNR podcast of our friends at the the Content Marketing Institute. Thanks for sharing this amazing story @Robert_Rose & @JoePulizzi. 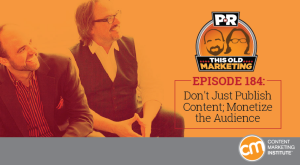